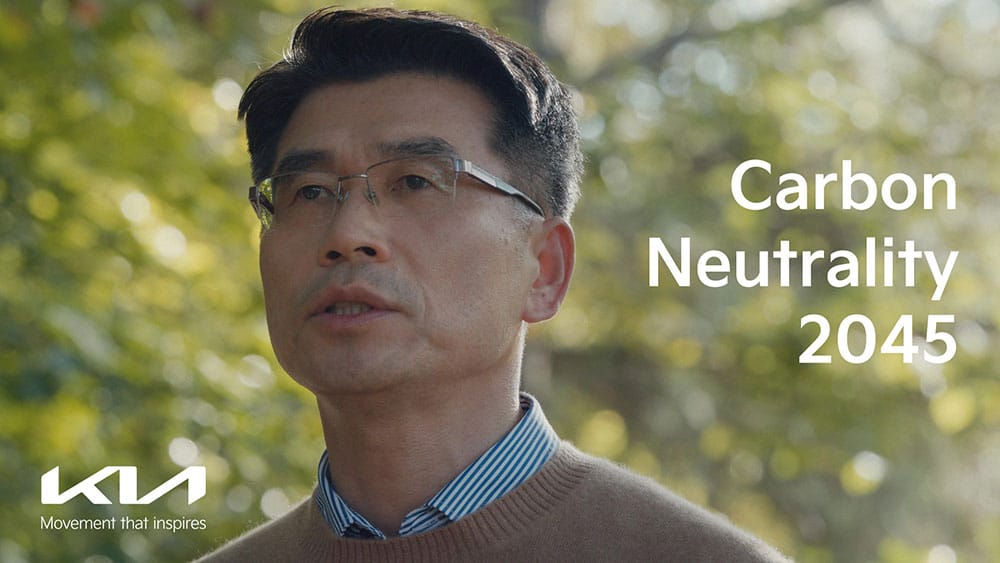 Kia Corporation has set out its vision to become a truly sustainable, responsible, and innovative mobility solutions leader, announcing a commitment to achieve carbon neutrality by 2045. 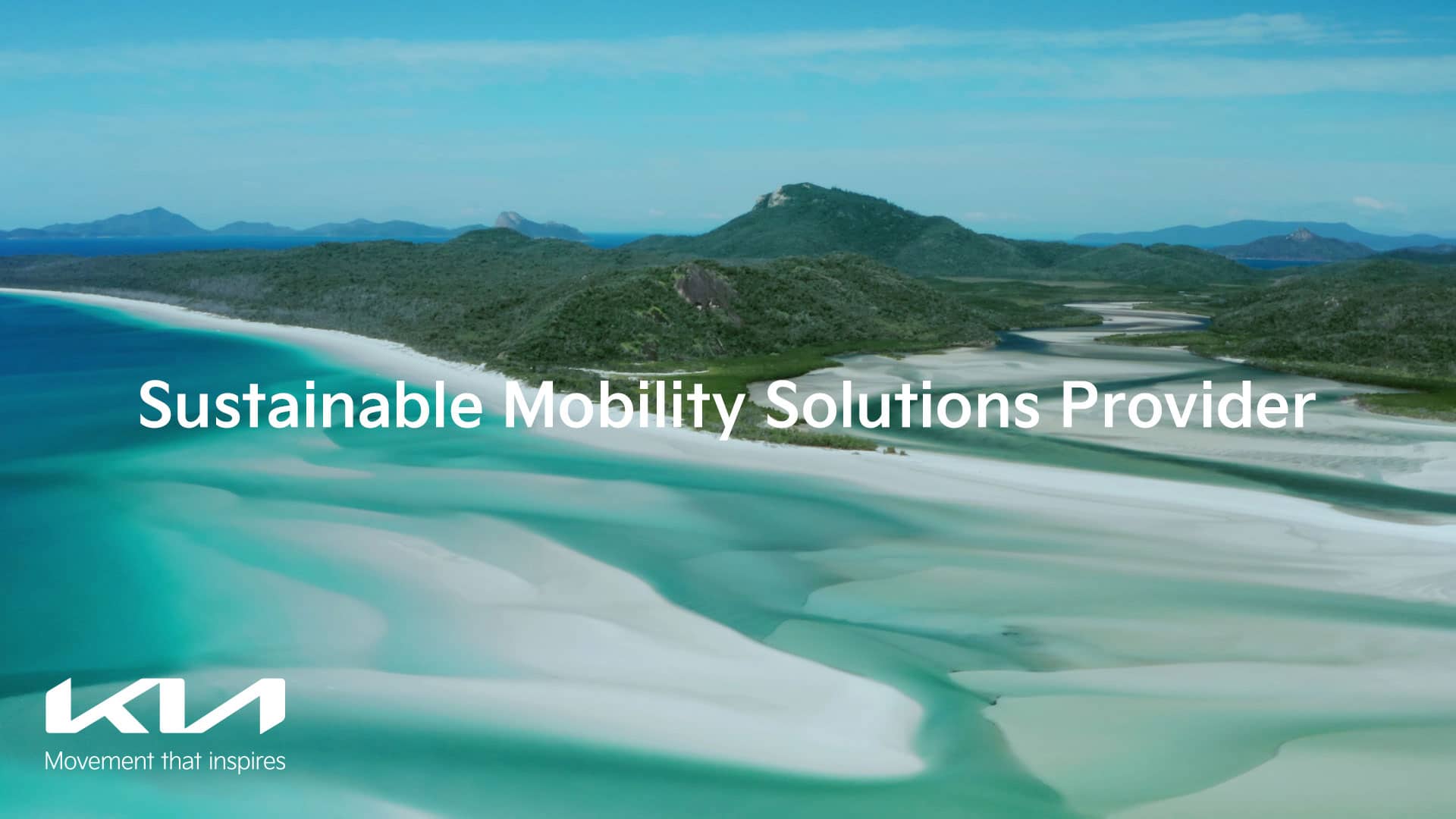 In the first meaningful step in line with its corporate vision, Kia announced its plan to achieve carbon neutrality by 2045, based on three key pillars – ‘Sustainable Mobility’, ‘Sustainable Planet’ and ‘Sustainable Energy’.

The pillars will guide Kia in its efforts to reduce carbon emissions in all operational facets, from supply, logistics, vehicle production and vehicle use through to disposal of waste. By 2045, Kia plans to reduce 97% of the company’s 2019 level of carbon emissions. The company will attain carbon neutrality by implementing additional measures to fully offset its remaining carbon emissions.

“For us, it is not only about setting goals and reaching targets. It is about setting a vision that will inspire others to join the movement to benefit humanity and protect the environment,” said Hosung Song, President and CEO of Kia. “In line with our vision of becoming a sustainable mobility solutions provider, we commit to achieving carbon neutrality by 2045.”

The single largest portion of carbon emissions generated by any mass vehicle manufacturer occurs when the vehicle is in daily use and on the road, helping to meet the mobility needs of customers. It is for this important reason that Kia is prioritising the transition from internal combustion engine (ICE) vehicles to a full eco-friendly vehicle line-up. As a result, to achieve zero carbon emissions during the vehicle usage stage, Kia will further accelerate implementation of its mid-to-long term Plan S strategy.

Kia aims to fully electrify its vehicle line-up in Europe by 2035. From 2040, Kia’s line-up in key markets around the globe will also exclusively consist of electrified models, realising zero emissions during daily vehicle use. It is at this stage in the vehicle’s life where Kia will make huge strides in dramatically reducing the single largest culprit of carbon emissions.

Kia is also working with its suppliers to reduce carbon emissions from the parts supply stage. Kia aims to create a carbon emissions monitoring system for its partner companies by 2022 and will provide solutions to its suppliers based on the resulting data. A key element to this plan is the use of ‘green steel’, as the steel industry has traditionally been one of the biggest global carbon emitters.

※ Green steel: steel produced in an eco-friendly process where the use of fossil fuel is minimised.

Kia will initiate a ‘Blue Carbon’ project to proactively make a tangible contribution to preserving the environment instead of just reducing emissions to achieve its carbon neutrality target. The project will focus on marine ecosystems which are one of the most efficient absorbers of carbon.

※ Blue carbon: carbon absorbed and stored in seaweed and mudflats effectively diminishing the amount of carbon in the atmosphere.

To boost the amount of blue carbon, Kia will restore and preserve Korea’s coastal wetlands in collaboration with external partners. As a part of the endeavour, Kia plans to discuss specific project opportunities with the Korea’s ministry of Oceans and Fisheries. Korea has one of the most extensive tidal mudflat environments in the world, making it advantageous for an increase in the level of blue carbon.

In an effort to build a sustainable future, Kia will also work with ‘The Ocean Cleanup’, the non-profit organisation developing and scaling technologies to rid the world’s oceans of plastic. To effectively rid the oceans of plastic, plastic waste currently in ocean needs to be cleaned and new plastic should be stopped from entering the oceans. ‘The Ocean Cleanup’ to this aim developed ‘Interceptor’ to be deployed in rivers around the world to prevent plastic trash from entering the oceans.

Going forward, Kia will work with ‘The Ocean Cleanup’ to create a resource circulation system. Kia will provide material support to the construction of the Interceptors and will utilise plastic waste gathered from the river cleanup process and use the materials in vehicle production. Kia is planning to increase the company’s percentage of plastic re-use to 20% by 2030.

The company also plans to implement plastic recycling processes during the vehicle disposal stage. Once established, the process will increase the re-use percentage of used batteries and plastic. Furthermore, Kia is planning to conduct pilot projects on second-life battery energy storage systems (SLBESS) with external partners from 2022.

Achieving RE100 and zero emissions at all Kia business sites

Kia aims to achieve zero emissions across all aspects of its business – including all production sites – by 2045, after Hyundai Motor Group and its key subsidiaries announced their plan to join the RE100 initiative in July. Climate Group’s RE100 is an initiative to transition to 100% renewable energy in electricity generation.

For Kia’s overseas sites, all electricity will be sourced from renewable energy by 2030; and by 2040 that transition will be complete for all of Kia’s domestic business sites. In line with Kia’s RE100 commitment, Kia’s Slovakia production facility has already turned to 100% green energy in electricity generation.

To help accomplish this goal, Kia will actively transition to solar energy electricity generation for business sites in Korea, US, China, and India.

By continuing to improve the efficiency of production facilities, Kia aims to cut carbon emissions by one percent each year. To realise this reduction, Kia will implement new innovations such as Carbon Capture, Utilisation and Storage (CCUS) technology.

Kia will also transition all company fleet vehicles to electrified vehicles by 2030. 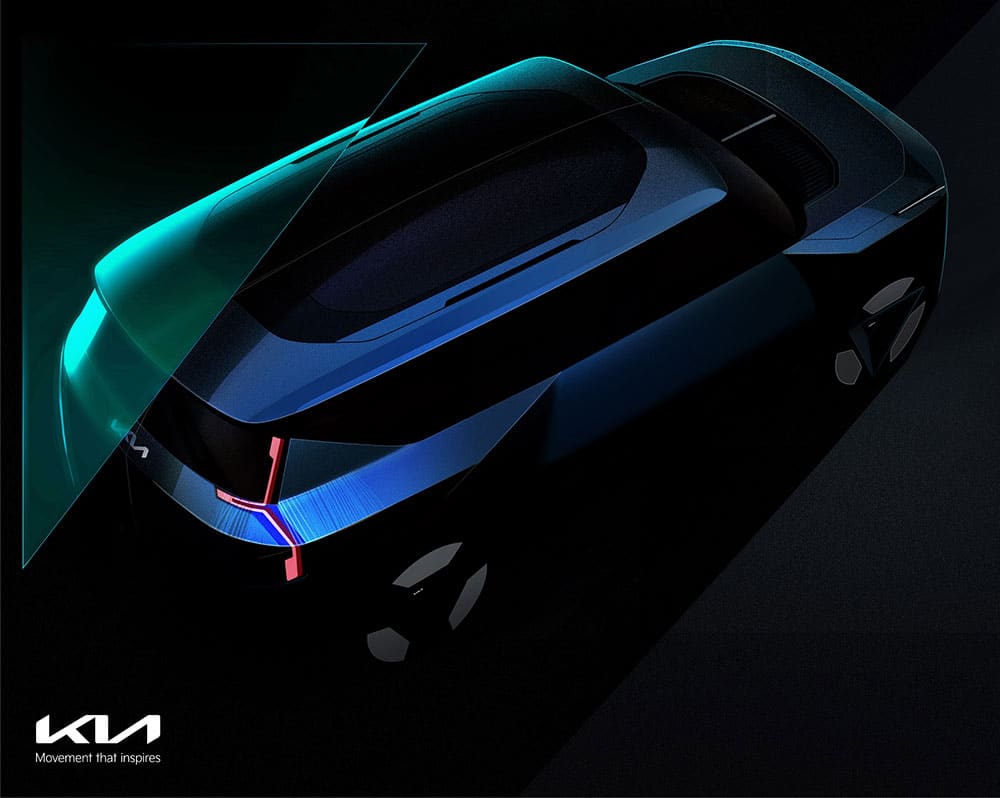 Kia has also revealed the first official images of the Concept EV9 and an important milestone of Kia’s commitment to sustainable mobility solutions. The futuristic design of the vehicle was inspired by nature and uses upcycled materials developed from ocean waste, which poses a serious threat to the marine ecosystem.

The Concept EV9 hints at Kia’s next model in the dedicated BEV line-up based on the Electric Global Modular Platform (E-GMP) architecture, following in the footsteps of the Kia EV6. It embodies Kia’s vision for the SUV segment – a future transformation that is not far off from being realised – bringing together progressive design, state-of-the-art tech, and an advanced all-electric powertrain in one pioneering package.

Kia (www.kia.co.nz) is a global mobility brand with a vision to create sustainable mobility solutions for consumers, communities, and societies around the world. Founded in 1944, Kia has been providing mobility solutions for more than 75 years. With 52,000 employees worldwide, a presence in more than 190 markets, and manufacturing facilities in six countries, the company today sells around three million vehicles a year. Kia New Zealand manages the New Zealand operation from its Auckland headquarters, selling and servicing high quality, class-leading vehicles through a network of 31 dealers nationwide. Kia is spearheading the popularisation of electrified and battery electric vehicles and developing a growing range of mobility services, encouraging millions of people around the world to explore the best ways of getting around. The company’s brand slogan – ‘Movement that inspires’ – reflects Kia’s commitment to inspire consumers through its products and services.

New Zealand weeks away from launch of Kia’s ‘Plan S’ and start of an all-electric...
Scroll to top
Book a Free-Summer Holiday Check